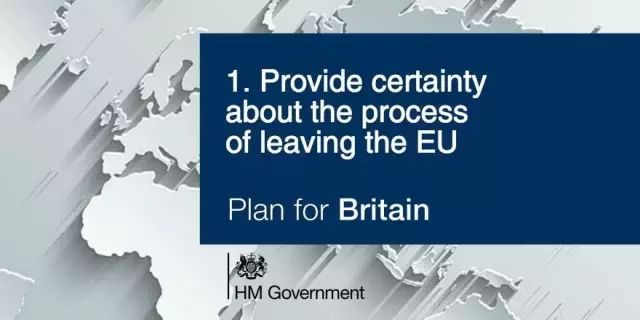 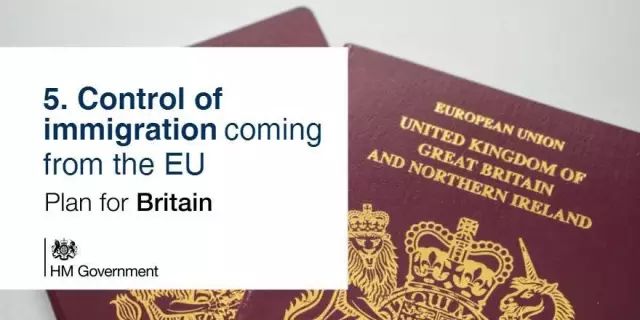 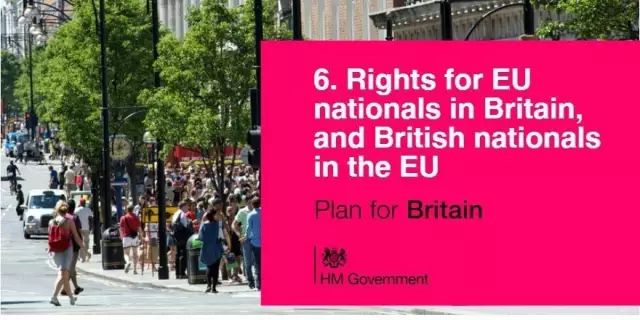 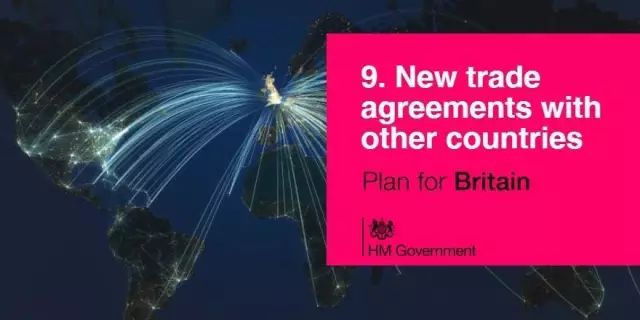 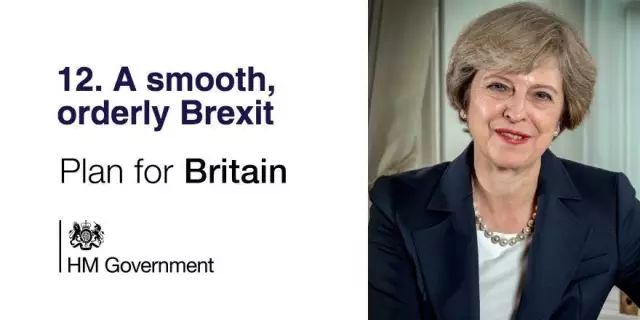 A little over 6 months ago, the British people voted for change.

They voted to shape a brighter future for our country.

They voted to leave the European Union and embrace the world.

And they did so with their eyes open: accepting that the road ahead will be uncertain at times, but believing that it leads towards a brighter future for their children — and their grandchildren too.

And it is the job of this government to deliver it. That means more than negotiating our new relationship with the E.U. It means taking the opportunity of this great moment of national change to step back and ask ourselves what kind of country we want to be.

My answer is clear. I want this United Kingdom to emerge from this period of change stronger, fairer, more united and more outward-looking than ever before. I want us to be a secure, prosperous, tolerant country — a magnet for international talent and a home to the pioneers and innovators who will shape the world ahead. I want us to be a truly Global Britain — the best friend and neighbor to our European partners, but a country that reaches beyond the borders of Europe too. A country that goes out into the world to build relationships with old friends and new allies alike.

I want Britain to be what we have the potential, talent and ambition to be. A great, global trading nation that is respected around the world and strong, confident and united at home.

That is why this government has a Plan for Britain. One that gets us the right deal abroad but also ensures we get a better deal for ordinary working people at home.

It’s why that plan sets out how we will use this moment of change to build a stronger economy and a fairer society by embracing genuine economic and social reform.

Why our new Modern Industrial Strategy is being developed, to ensure every nation and area of the United Kingdom can make the most of the opportunities ahead.

Why we will go further to reform our schools to ensure every child has the knowledge and the skills they need to thrive in post-Brexit Britain.

Why as we continue to bring the deficit down, we will take a balanced approach by investing in our economic infrastructure — because it can transform the growth potential of our economy and improve the quality of people’s lives across the whole country.

It’s why we will put the preservation of our precious Union at the heart of everything we do. Because it is only by coming together as one great union of nations and people that we can make the most of the opportunities ahead. The result of the referendum was not a decision to turn inward and retreat from the world.

Because Britain’s history and culture is profoundly internationalist.

We are a European country — and proud of our shared European heritage — but we are also a country that has always looked beyond Europe to the wider world. That is why we are one of the most racially diverse countries in Europe, one of the most multicultural members of the European Union, and why — whether we are talking about India, Pakistan, Bangladesh, America, Australia, Canada, New Zealand, countries in Africa or those that are closer to home in Europe — so many of us have close friends and relatives from across the world.

Instinctively, we want to travel to, study in, trade with countries not just in Europe but beyond the borders of our continent. Even now as we prepare to leave the E.U., we are planning for the next biennial Commonwealth Heads of Government meeting in 2018 — a reminder of our unique and proud global relationships.

And it is important to recognize this fact. June the 23rd was not the moment Britain chose to step back from the world. It was the moment we chose to build a truly Global Britain.

I know that this — and the other reasons Britain took such a decision — is not always well understood among our friends and allies in Europe. And I know many fear that this might herald the beginning of a greater unravelling of the E.U.

But let me be clear: I do not want that to happen. It would not be in the best interests of Britain. It remains overwhelmingly and compellingly in Britain’s national interest that the E.U. should succeed. And that is why I hope in the months and years ahead we will all reflect on the lessons of Britain’s decision to leave.

So let me take this opportunity to set out the reasons for our decision and to address the people of Europe directly.

It’s not simply because our history and culture is profoundly internationalist, important though that is. Many in Britain have always felt that the United Kingdom’s place in the European Union came at the expense of our global ties, and of a bolder embrace of free trade with the wider world.

There are other important reasons too.

Our political traditions are different. Unlike other European countries, we have no written constitution, but the principle of Parliamentary Sovereignty is the basis of our unwritten constitutional settlement. We have only a recent history of devolved governance — though it has rapidly embedded itself — and we have little history of coalition government.

The public expect to be able to hold their governments to account very directly, and as a result supranational institutions as strong as those created by the European Union sit very uneasily in relation to our political history and way of life.

And, while I know Britain might at times have been seen as an awkward member state, the European Union has struggled to deal with the diversity of its member countries and their interests. It bends towards uniformity, not flexibility.

David Cameron’s negotiation was a valiant final attempt to make it work for Britain — and I want to thank all those elsewhere in Europe who helped him reach an agreement — but the blunt truth, as we know, is that there was not enough flexibility on many important matters for a majority of British voters.

Now I do not believe that these things apply uniquely to Britain. Britain is not the only member state where there is a strong attachment to accountable and democratic government, such a strong internationalist mind-set, or a belief that diversity within Europe should be celebrated. And so I believe there is a lesson in Brexit not just for Britain but, if it wants to succeed, for the E.U. itself.

Because our continent’s great strength has always been its diversity. And there are 2 ways of dealing with different interests. You can respond by trying to hold things together by force, tightening a vice-like grip that ends up crushing into tiny pieces the very things you want to protect. Or you can respect difference, cherish it even, and reform the E.U. so that it deals better with the wonderful diversity of its member states.

So to our friends across Europe, let me say this.

Our vote to leave the European Union was no rejection of the values we share. The decision to leave the E.U. represents no desire to become more distant to you, our friends and neighbors. It was no attempt to do harm to the E.U. itself or to any of its remaining member states. We do not want to turn the clock back to the days when Europe was less peaceful, less secure and less able to trade freely. It was a vote to restore, as we see it, our parliamentary democracy, national self-determination, and to become even more global and internationalist in action and in spirit.

We will continue to be reliable partners, willing allies and close friends. We want to buy your goods and services, sell you ours, trade with you as freely as possible, and work with one another to make sure we are all safer, more secure and more prosperous through continued friendship.

You will still be welcome in this country as we hope our citizens will be welcome in yours. At a time when together we face a serious threat from our enemies, Britain’s unique intelligence capabilities will continue to help to keep people in Europe safe from terrorism. And at a time when there is growing concern about European security, Britain’s servicemen and women, based in European countries including Estonia, Poland and Romania, will continue to do their duty.

We are leaving the European Union, but we are not leaving Europe.

And that is why we seek a new and equal partnership — between an independent, self-governing, Global Britain and our friends and allies in the E.U.

No, the United Kingdom is leaving the European Union. And my job is to get the right deal for Britain as we do.

So today I want to outline our objectives for the negotiation ahead. Twelve objectives that amount to one big goal: a new, positive and constructive partnership between Britain and the European Union.

And as we negotiate that partnership, we will be driven by some simple principles: we will provide as much certainty and clarity as we can at every stage. And we will take this opportunity to make Britain stronger, to make Britain fairer, and to build a more Global Britain too.